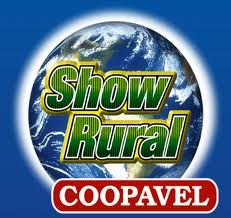 “Caminho do Biodiesel” is 50 meters length and it is the great news of the BSBIOS’ stand at Fair Show Rural Coopavel 2013, which happens from 4 to 8 of February in Cascavel (PR). By means of three stations, the visitors will know biodiesel, its social and environmental benefits, as well as the main raw material used for its production and the technical details on its planting and harvest. The chief executive officer of BSBIOS, Erasmo Carlos Battistella – who is also the chairman of ABRASCANOLA (Brazilian Association of Canola Producers) – asserts that biodiesel is a new reality for the farmer, and that is why it is important that he or she understands this connection between raw material and the final product generated by the industry. "Our expectation is to take to visitors this information on the important market of biodiesel in Brazil and the news with relation to raw material production mainly, as it is the case of canola", asserts Battistella. "Through the Canola Production Program of BSBIOS, the producers have more options towards profitable crops in the winter period, since the company guarantees the acquisition of all production at a price which is similar to the soybean. Furthermore, our field team provides technical assistance, from the choice of the area and the position of hybrids for each region to the production collection, aiming at good productivity in each area", explains the Coordinator of the Improvement Department of Marialva unit, Agronomist Raul Trevizan. Canola, which is known as the "winter soybean", provides great productivity and profitability to the farmer. As it is included in the crop in rotation with other winter crops, it is observed, yearly, that the crops from summer are also profitable. "Show Rural is a great opportunity for the producers who know this crop to be well prepared for handling, and it is the moment for the producer to conclude the planning of his or her winter crop," emphasizes Trevizan. The period for canola planting is from March to May, according to the agro-climatic zoning of each region. Nowadays, BSBIOS improves 25 thousand hectares of canola, where 10 thousand/ha are in Paraná, but the expectation is to grow. According to data of Conab (National Industry of Supply), the estimate of production for the harvest 2012/2013 in the country is 55.5 thousand tons, which represents an increase of 6.7% when it is compared to the previous crop which was 52 thousand tons. Yet in accordance with Conab there will be a significant increase of productivity.

BSBIOS was founded in 2005, it produces approximately 300 million liters of biodiesel/year and its turnover was R$ 1,3 bi in 2012. Its headquarter is located in Passo Fundo (RS) and it owns a unit in Marialva (PR). It is the unique company to have a partnership with Petrobras Biofuel for the production of biofuel. It employs directly around 500 collaborators in their units and it creates thousands of indirect jobs. Its main raw material for the production of renewable energy is soybean; therefore, it still improves canola. It also works with bovine tallow for the production of biodiesel in Paraná.