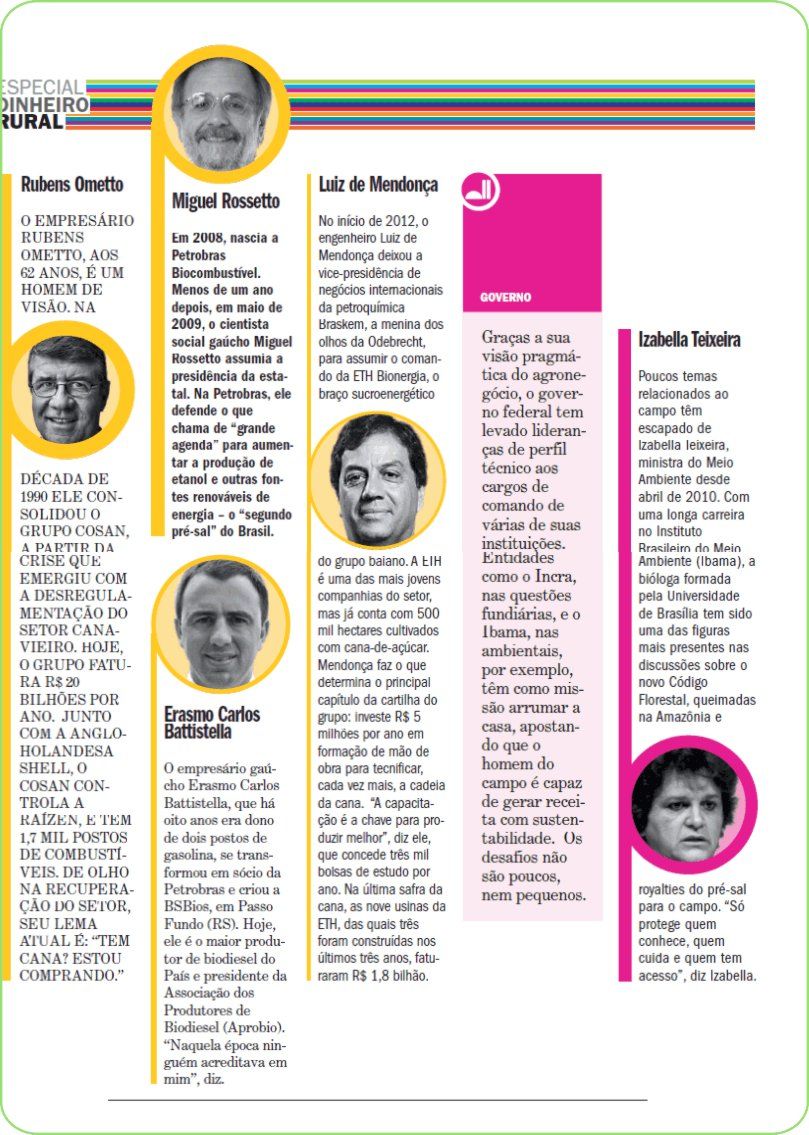 In the hundredth edition of Magazine Rural Dinheiro, of Editora Três, a list of the 100 personalities that turned the Brazilian field richer and turned the country into a world protagonist of grains, meat, fibers and biofuels, was elected. The chief executive officer of BSBIOS and president of the Association of Biodiesel Producers of Brazil - APROBIO, Erasmo Carlos Battistella, started his career as the owner of a gas station and that is why he is now the chief executive officer of BSBIOS, which is now a partner of Petrobras Biofuels.

"The responsibility and the commitment with agribusiness have increased," he asserted, when being aware of the publishing. The magazine honors those who make the Brazilian agribusiness be the most developing business worldwide. The 100 most important names in a universe of 4 million rural producers and representatives of areas like research, government, institutions, cooperatives, banks and consultancies were elected.

The chairman of Petrobras Biofuels and President of the Management Council of BSBIOS, Miguel Rossetto, was in the list as well. He distinguished himself in agribusiness for his actions at Petrobras Biofuel, where he defends what he calls as "great agenda" to increase the production of ethanol and other sources of renewable energy like biodiesel – which is the "second pre-salt" of Brazil.

Magazine Rural Dinheiro was published and belongs to Editora Três, which is from the same group of Magazine Isto É. Its publishing approaches the field as a source of business and investment through a corporative point of view.