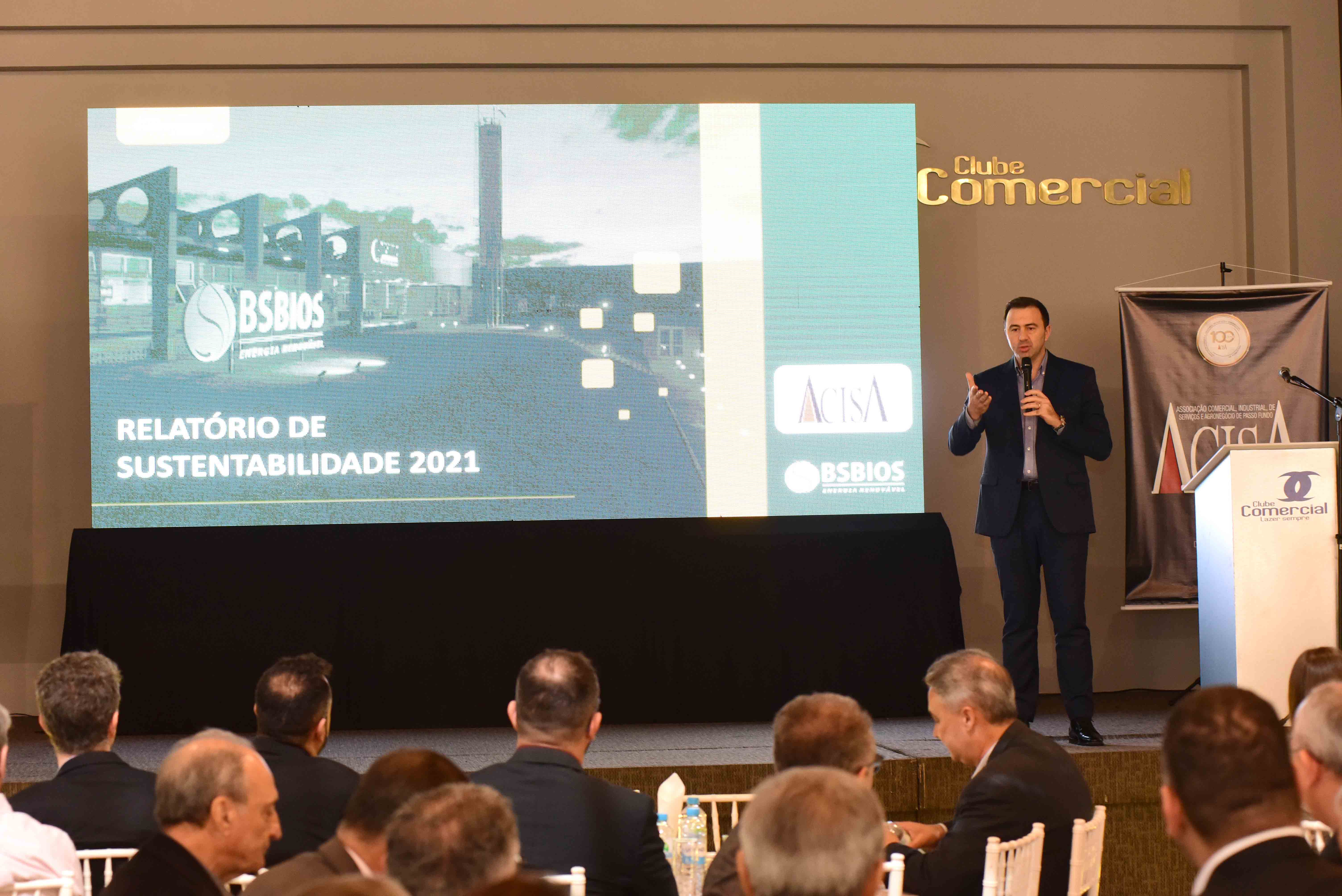 In addition to presenting the results and achievements for the year 2021, the Report details the policies, strategies and commitments to environmental, social and corporate governance issues, within the Environmental, Social and Governance (ESG) Journey.

"With the responsibility of a company that has grown a lot in 17 years, we are aware of the crucial role of our company in the transition to a low carbon economy, neutralizing greenhouse gases (GHG) through a renewable product that is less polluting than fossil fuel," analyzes Erasmo Carlos Battistella, CEO of BSBIOS. "We work with a focus not only on growth, but also on sustainable development contributing to the construction of a cleaner energy matrix with positive and long-term impact that we can leave for people and the planet," he said during the launch of the Report.

With a biodiesel production of 895,463 m³ (18.5% higher than in 2020), the company reached a market share in Brazil of 13.2%, maintaining its position as the largest biodiesel producer in the country for the fourth consecutive year.

The biodiesel production units in Passo Fundo (RS) and in Marialva (PR), received an increase of 13% in their production capacities, reaching 936 million litres of biodiesel/year. The Company accounted for 21.89% of Passo Fundo's GDP and 38.31% of Marialva's GDP in 2019, contributing taxes in the sum of R$ 1.4 billion in the Gaucho city R$ 540 million for the Paraná municipality. In the period from 2005 to 2019, BSBIOS contributed in a direct or indirect way to the GDP in R$ 20.8 billion in Passo Fundo and R$ 4.2 billion in Marialva.

In 2021, despite the Brazilian schedule having foreseen to reach 13% biodiesel mixture (B13), this value oscillated between 10 and 13%, which represented a lower demand than expected. "This challenging panorama was faced with a process of mobilization and convincing of the sector to demonstrate to consumers and public agents the increasing importance of biofuel to overcome the challenge of sustainable mobility and decarbonization of transport," explains Battistella. "That is why we want more and more people to get to know our companies and this Sustainability Report is a tool for that," he adds.

The recent operation announced in Switzerland (acquisition of MP Biodiesel) confirms the right direction to achieve the goal established in the strategic planning, which is to take BSBIOS to be one of the three largest biofuel producers in the world and carbon neutral by 2030.

BSBIOS Paraguay maintains its challenge to build, by the end of 2025, the Omega Green biorefinery in the neighboring country, an initiative considered of national interest by the local government. BSBIOS' skills and experiences in Brazil will be fundamental for the success and expansion of this important sector in the region that will host the first plant producing advanced biofuels HVO (Hydrotreated Vegetable Oil) and SPK or SAF (Synthetic Paraffinic Kerosine - can be used mixed with aviation paraffin).

Launched in February 2019, the Omega Green project is the largest private investment in Paraguay's history. The products will be destined for export to the United States, Canada and members of the European Union.

In March this year, the company also published the BSBIOS Sustainability Manifesto, which defines the strategy aligned to the strategic planning. The performance guidelines are focused on commitments concentrated on three pillars: responsible supply chain, care for employees and surrounding communities, and collaboration with customers and society.

The Sustainability Report follows the guidelines of the Global Reporting Initiative (GRI), adopting the ESG model and the Sustainable Development Goals (SDG). The content of the report was independently audited by KPMG.

BSBIOS, the largest biodiesel producer in Brazil, is a privately held Brazilian company wholly owned by the ECB Group and has just completed 17 years of history. The main business is biodiesel, a cleaner fuel than fossil fuels and with a potential of decarbonisation of the transport sector. It is produced from vegetable oils, animal fat and recycled oil, in two units in the cities of Passo Fundo/RS and Marialva/PR.

Renewable energy and agribusiness are the company's action fronts. From biodiesel production important co-products are generated, such as glycerine and sludge. The Passo Fundo unit also processes soybean with a crushing capacity of 3,200 tons a day. This plant also generates products linked to the agribusiness chain such as soybean meal, hulls, residue and degummed oil.

In 2021, BSBIOS guaranteed the acquisition of minimum percentages of raw materials from Family Agriculture (40% in the South Region and 30% in the Northeast Region) contemplating more than 10,000 families.

The company has national and international certifications for its products, which attest to the quality, sustainability and conformity of its products. The ISCC certifies that the biodiesel produced by BSBIOS, from the production of sustainable raw materials (animal fats) to its industrialization, reduces from 86% to 90% the emission of Greenhouse Effect Gases (GEE), if compared to fossil diesel, collaborating to the reduction of CO2 emissions in the atmosphere. In addition, the company has conquered two new certifications (ISO 14001 and ISO 45001) and the APROBIO Seal of quality. 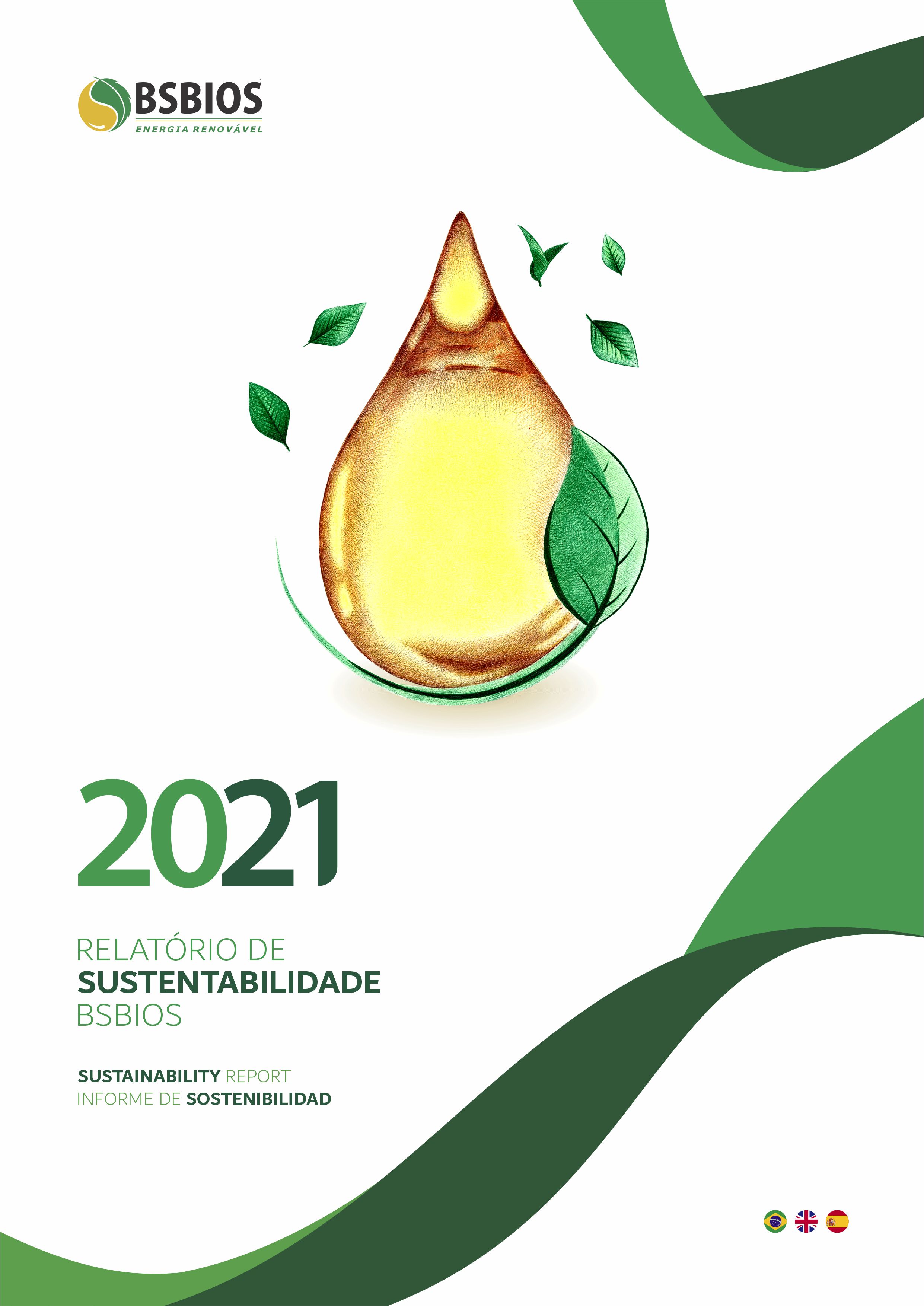