In its third edition, the contest encourages the development and recognition of academic projects, applications, investigative reports, as well as business case studies, thus contributing to raising awareness, mobilizing and disseminating concepts related to the topic 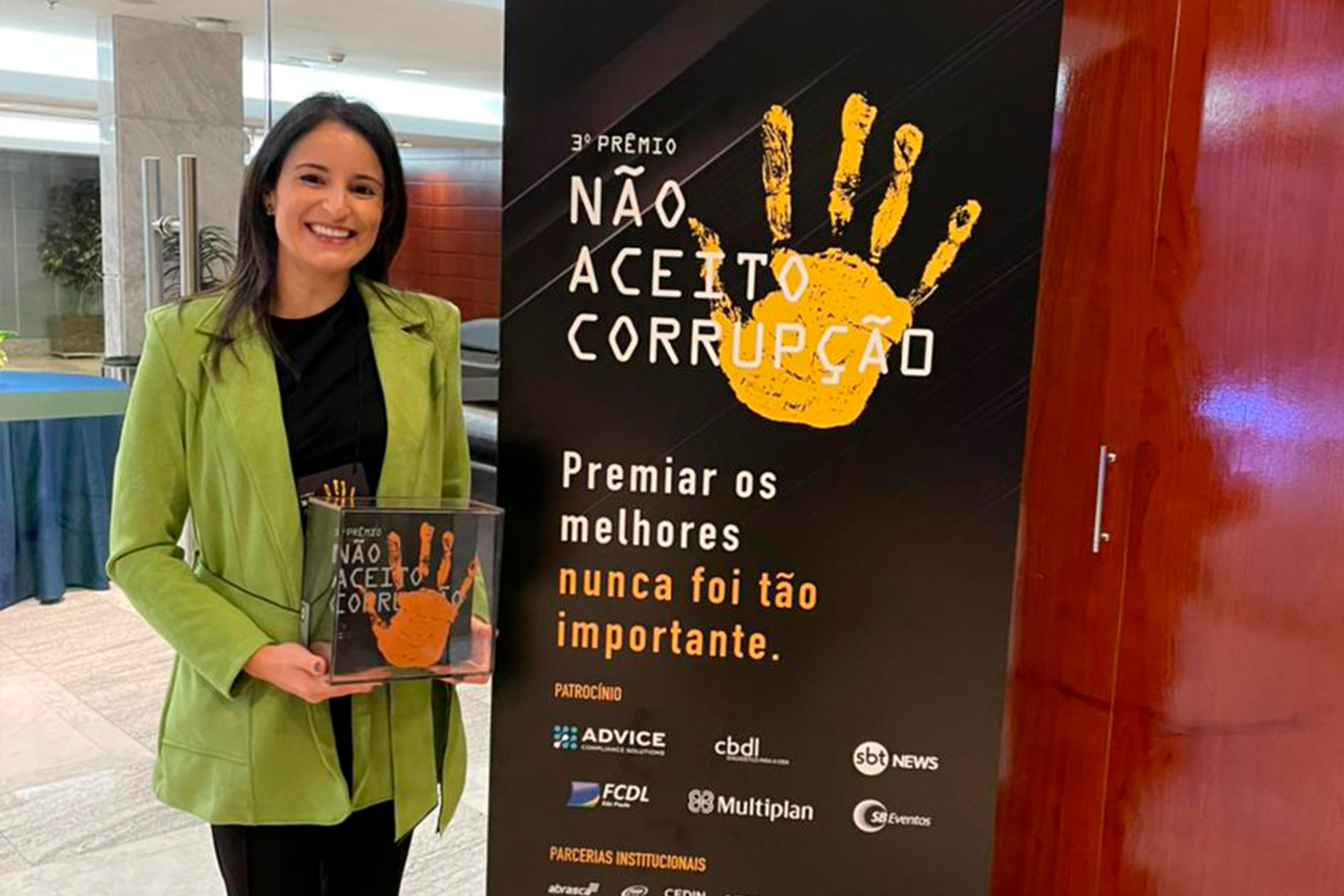 The study “BSBIOS Integrity Program: the Materialization of the Culture of Compliance in the Fight against Corruption” was ranked third in the 3rd Prize I Do Not Accept Corruption in the Companies Category – Corporate Governance Cases. The company received the award at a ceremony held this Wednesday (07/27).

“The award is an acknowledgment that confirms our commitment to a healthy and honest environment in all our relationships. Being among the three best corporate governance cases at the national level makes us proud and gives us confidence that we are on the right path”, highlighted Carine Bastos Almeida Oro, Executive Legal and Compliance Manager at BSBIOS.

“We are very happy for this recognition”, celebrated Erasmo Carlos Battistella, president of BSBIOS. “It was only possible because of the work of all the people in the company, who understood that integrity and saying no to corruption are values ​​practiced by everyone”, he added.

The Not Accepted Corruption Award is an initiative of the Not Accept Corruption Institute, which seeks to encourage academia - undergraduate and graduate students -, journalists and business managers to deepen the discussion on concepts and practical solutions related to corruption and its fight in Brazil.

In its third edition, the competition encourages the development and recognition of academic projects, applications, investigative reports, as well as business case studies, thus contributing to raising awareness, mobilizing and disseminating concepts related to the theme of the Award.

For BSBIOS, ethics and integrity are non-negotiable values ​​in its operations. The main set of behavioral standards that must be followed by all employees is detailed by the Code of Conduct, revised at the end of 2021 and published in the first quarter of 2022. It serves as a guide for the conduct to be lawful in everyday relationships, including with co-workers, shareholders, unions, business partners, the media, customers, public officials, suppliers and competitors.

The BSBIOS Integrity Program was launched in 2019 with the aim of guiding all decisions to be made by the company and its employees, so that they respect the highest ethical standards, ensuring that business is conducted with integrity and transparency. Based on the best market practices, rules and guidelines were established, materialized in the Code of Conduct and other policies in order to prevent, detect and respond to the risks of unacceptable conduct.

Institute I Do Not Accept Corruption

Instituto Não Aceito Corrupção is a non-partisan, non-profit association founded in July 2015, with its pillars of action based on research, public policy development, education and mobilization.

For this, it uses concrete data to make a qualified discussion of laws and bills, in order to contribute to the adoption of efficient rules in the fight against the misuse of public resources. In addition, it disseminates knowledge, inspection tools by the Public Power, transparency and access to information, among others, with the aim of reversing the culture of corruption that has prevailed in Brazil for so long.